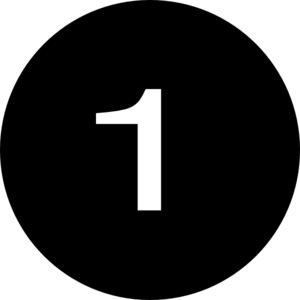 The real history of cancer treatment in the U.S. should read like the indictment summary in a health crimes against humanity tribunal. What if the medical establishment was made to see the cost in human lives of it’s political and financial maneuverings?
One day the opponents of alternative medicine may have to reckon with the lives their opposition has cost.
Let me share with you a thought that woke me up early one morning. What if all the opponents of alternative medicine had to answer for all the deaths their opposition has led to?
What if a health crimes against humanity tribunal were convened in the U.S. at some point in the enlightened future and those who had pushed and shoved against alternative medicine- those who deny patients information about and access to successful, less expensive, safe, and nontoxic treatments were on trial for their actions?
What if American medical authorities were made to see the cost in human lives of their financial and political machinations?
Maybe it isn’t as outlandish a thought as it may seem. In this century we’ve seen precedents for large-scale trials judging criminal accountability.
The crimes I’m referring to are not so clearly defined. They were committed during a time of peace. The deaths were, for the most part, neither quick nor violent, although many suffered miserable deaths, tormented by illness and the toxic effects of conventional drugs and treatments.
Millions in the past 100 years have died of cancer, heart disease, and other serious illnesses. They’ve died with the toxic residues of chemotherapy agents in their blood, or surgical scars across their chests, or radiation burns on their skin – civilian casualties in the “war” against cancer.
Obviously the opponents of alternative medicine are not guilty of war crimes. Although most are probably well-intentioned, they have unwittingly caused deaths and suffering.
Let me build the case for you. Ever since the mid-nineteenth century, there has been a protracted commercial struggle under way in the U.S. for the control of the medical marketplace. The players have been proponents of alternative medicine (most notably, the homeopaths and herbalists) versus the proponents of chemicalized, conventional medicine.
Today, as chronic, degenerative illnesses (such as cancer) and immune dysfunction (such as AIDS) rule the day, conventional medicine may still politically control the marketplace, but they have very little purchase on therapeutic success.
Their political connections, propaganda machine, interlocking participation in government regulatory agencies and the pharmaceutical industry, and their cadre of low-brow, dissimulating quackbusters operate to keep the public, as much as possible, distracted from the alternatives that work.
In many cases, they forcibly prevent Americans from employing alternative medicine treatments for their life-threatening illnesses. Insurance companies won’t reimburse and pioneering alternative doctors get harassed, marginalized, indicted, and closed down. People end up suffering or dying for want of access to effective alternative treatments. This is especially-tragically-the case in the field of cancer.
The Real History Of Cancer Treatment
The real history of cancer treatment in the United States ought to read like the indictment summary in a health crimes against humanity tribunal. Public and private organizations should have been working day and night to provide life-saving treatments to cancer patients.
Instead they have devoted their considerable budgets and manpower to opposing these measures, thereby ensuring that the majority of cancer patients are corralled into their high-cost but ineffective treatments. They have all helped wage the war against cancer cures and all of them should be held accountable by the public for the lives this has cost.
All of the professional opponents of alternative medicine go about their business assuming they will never have to answer for it. Many believe they are doing honest work as doctors or administrators. The fact that their allegiance to a cost-ineffective and toxic medical system is needlessly costing lives probably doesn’t occur to them. It needs to, however, urgently.
No doubt the idea that they might one day have to justify their actions never arises in their thinking. After all, in their view they are the purveyors of standard, conventional, accepted medical practice. They act as if their policies against alternative medicine and its healing innovations are based on science and therapeutics, but in truth they’re based on profits and economics. As you know, healthcare today in the U.S. is a $1-trillion-a-year honey pot, and these agencies and groups want all of it. Your life or death is secondary to them in this capitalist war to maximize earnings.
The reason alternative cancer treatments are not yet mainstream has little to do with alleged therapeutic ineffectiveness and far more to do with political control over the therapy marketplace. The politics of cancer have an overriding influence on the science of cancer and, ultimately, on what the public thinks and believes about cancer and what it is able to expect as treatment options.
It is the power structure of the cancer establishment that effectively controls the shape and direction of cancer prevention, diagnosis, and treatment. The field of U.S. cancer care is organized around a medical monopoly that ensures a continuous flow of money to the pharmaceutical companies, medical technology firms, research institutes, and government agencies.
If we could count all the men, women, and children who have died of cancer in this century, how many millions would they be? How many of their deaths could have been prevented had they been able to receive nontoxic treatments instead of chemotherapy, radiation, or surgery? How many of their deaths can we attribute to the political manipulations of conventional medicine on behalf of preserving market share, misleading the public into believing that their concern is for therapeutics and not economics?
Of course we will never know the answers, but I ask you to contemplate this image with compassion, boldness, and political discernment. At this point in time, what I am asking is merely an exercise in moral valuation, but I assure you that one day it will no longer be an exercise; it will be a real accounting.

Enjoying the Pleasures of Good Food and Good Health

“Tout est question d’equilbre” It is a question of balance. – Mireille Guiliano (1946-) French American Author One of the reasons the French are so well known for their slim figures is because they walk […] […]

Getting Your Pet Health Questions Answered

When your pet is feeling down and blue and your wondering what is wrong with your pet, where can you turn for help? Obviously, the veterinarian is a great place to turn, but it is […]

Benefits Of Water Consumption Of Cucumber Every Day

In addition to fresh and delicious taste, cucumber fruit is also one of the ingredients that contain a myriad of healthy nutrients. Vitamins and antioxidants in the cucumber can make the body so healthy from […]

Auto Insurance – Types of Coverage AvailableChoosing between the many insurance companies is one thing, but then there is the task of determining which type of coverage you need. Insurance agents are extremely knowledgeable and […] […]

Benefits Of Breakfast For Health

Have you become a person who diligently breakfast and no previous good activity to get knowledge, work or just relax at home? It should be emphasized, breakfast is a very important and obligatory activity. Many […] […]

Benefits Of Water Consumption Of Cucumber Every Day

In addition to fresh and delicious taste, cucumber fruit is also one of the ingredients that contain a myriad of healthy nutrients. Vitamins and antioxidants in the cucumber can make the body so healthy from […]

Have a lot of activities every day not infrequently make the body feel tired easily. Not only that, even the mind feels all tense, less comfortable and makes dizzy. Moreover, when considering there is a […]